Tunic and trousers, how good they are!

26 September 2019 In Enoteca and surroundings Uncategorized

Chef Mary and Lina Paolillo have decided to present at the event Biosagra for kids a traditional dish from the Lazio Maremma, reinterpreting it with the unmistakable style of Enoteca Ferrara.

It is a tasty soup of peasant origin that recalls the period of the whipping. In summer the animals were brought to graze on high ground and in September they were ready to go down, after eating wild thyme and other aromatic herbs which then ensured the production of a very rich milk. In fact, in September, Santa Rosa was celebrated to celebrate the return from the pasture.

Giubba e calzoni is a recipe that involves slow cooking: you need stale bread that can get well with the broth, and everything is embellished with vegetables, vegetables and mushrooms to flavor lamb, which will be served so very soft.

When and how to enjoy it

“In our Giubba e Calzoni we added - explains Chef Mary - a semi-aged Igp pecorino from the Roman Agro, to give a touch of panache. I chose this dish for BioSagra for Kids because it is perfectly suited for this period of September and because I wanted to pay tribute to the Bersaglieri of Porta Pia ".

The dish will be served during the event scheduled for Sunday, September 29th in Via di Fioranello, 34, and then reproposed for the first brunch of the season, on October 6th. 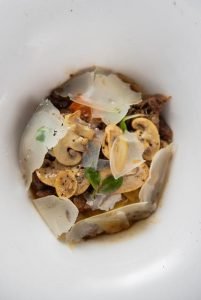 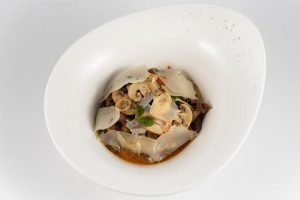 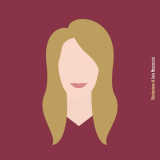